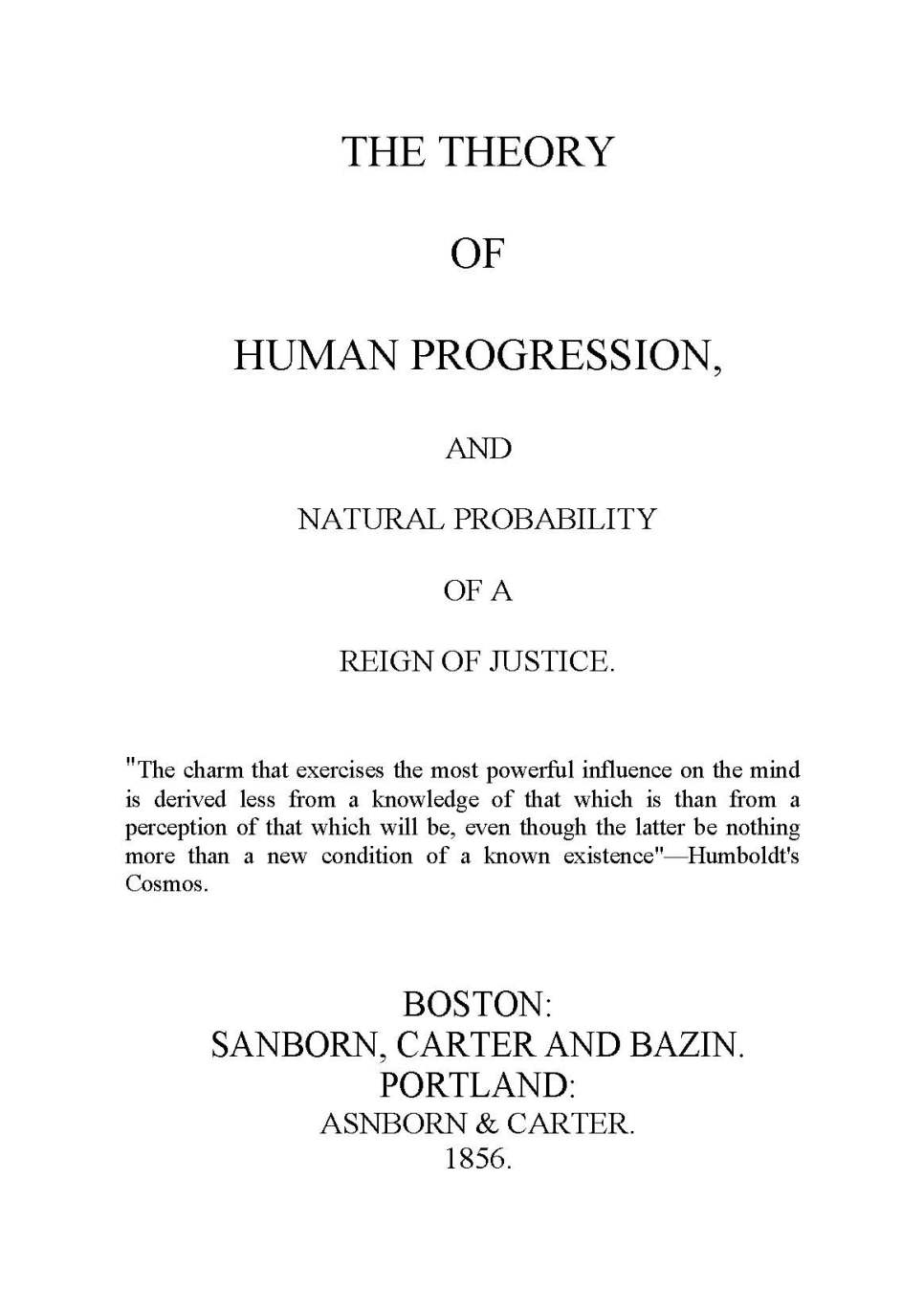 DEDICATION.
TO MONSIEUR VICTOR COUSIN,
PROFESSOR OF PHILOSOPHY AT PARIS.
SIR:–To you I beg leave to dedicate the following Essay on Human Progression, with those sentiments of esteem and admiration which I share in common with so many of my countrymen.
The truth I endeavor to inculcate is–That credence rules the world–that credence determines the condition and fixes the destiny of nations–that true credence must ever entail with it a correct and beneficial system of society, while false credence must ever be accompanied by despotism, anarchy, and wrong–that before a nation can change its condition, it must change its credence; that change of credence will of necessity be accompanied sooner or later by change of condition: and consequently, that true credence, or in other words knowledge, is the only means by which man can work out his well being and ameliorate his condition on the globe.
To no one could I dedicate a work intended to elucidate these principles so appropriately as to yourself–to you, Sir, who have labored so earnestly and so well to give to your countrymen a correct system of Ethical Philosophy, and, through them to communicate to Europe a scheme of natural morals which must ere long bear a rich and most beneficial harvest.
The question is often asked, What is the use of philosophy?–nor is the answer difficult. Next to religion, philosophy is, of all known causes, the element that most powerfully tend to determine the condition of a country. It is a power–a power so vast that we are scarcely likely to over-estimate its effects; and, though it must ever be unable to solve the great questions in which our race is involved, it may, by uprooting political superstitions and false religions, exercise an influence that no calculation can compute. The theories of one generation become the habitual credence of the next; and that habitual credence, transformed into a rule of action, is ere long realized as a palpable fact in the outward condition of society. And thus it may be truly said–As the philosophy of a country is, so its condition will be.
In aiding so powerfully as you have done to substitute a rational philosophy for the sensationalism that previously prevailed, you have conferred a boon on France and on the world; and your eloquent appeals for the principles of natural duty will, no doubt, find a response in the hearts of your countrymen, that must carry them onward to even a higher and more stable glory than they have ever yet attained.
France has yet to read her great lesson of new philosophy to the continent of Europe; and every student of the world’s thoughts and the world’s actions must rejoice that you, Sir, have been her instructor, and that you have laid on her those moral obligations, of which to propagate the principles must open up to her a new and glorious career.
Accept, Sir, the dedication of this work as a tribute of respect from your sincere admirer,
THE AUTHOR.